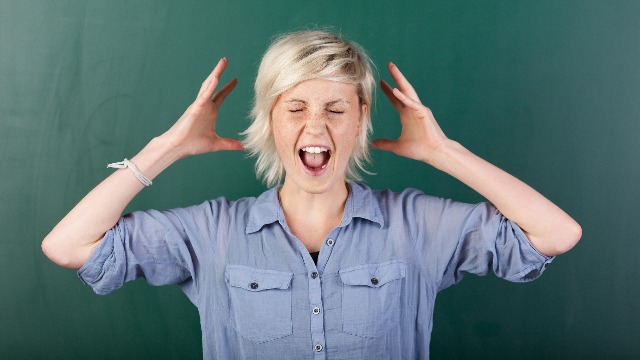 15 people share stories about what drove them to lose their temper at a teacher.

School already has enough drama and beefs between students; you hope that the teachers and staff our on your side.

Sometimes the schools' bullies and mean girls happen to be the adults in the room, and at some point, students can't help but fight back.

A thread asked, "Students of Reddit, have you ever lost your temper with a teacher? What's your story?"

Here are the juiciest ones.

My 2nd grade teacher was Sister Brigid. She didn't like me at all. One day I was feeling ill, and I asked to use the restroom. She told me I was lying. As she tried to tell me why I was a liar, I vomited all over her shoes. -pgrace100

2. The best passive-aggressive door posting since the Protestant Reformation.

A friend of mine wanted to go to a certain University that was out of state and somewhat tough to get into. The counselor told him not to waste his time as he would never get in. This pissed him off so he went to the principal, who told him to trust the counselor as that was her job.

He applied anyway, got accepted, and taped two copies to the counselor and principals door. He couldn’t afford to go anyway, but he was trying to prove a point. -dirtybirds233