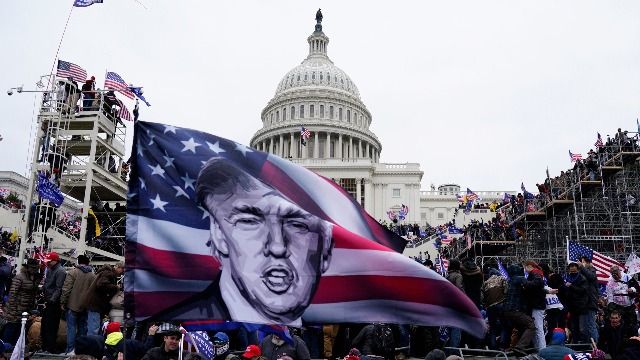 People are photoshopping Trump out of 'Home Alone 2' and replacing him with other characters.

After launching an insurrection of the Captitol, Donald Trump is facing consequences for what might be the first time ever. The soon-to-be-ex president has lost his Twitter account, his merch vendor, and the privilege of hosting the PGA golf tournament. Given the stain of political violence that will forever follow his name and face, people are being proactive in making sure that Trump doesn't ruin Christmas and are Photoshopping him out of Home Alone 2.

Here he is as a translucent blob, which is much more family-friendly.

due to popular request I have removed trump from home alone pic.twitter.com/HoTA2csMl4

In all future releases of "Home Alone 2", the role of [redacted] will now be played by Hatsune Miku. pic.twitter.com/du2ZlC8Zcg