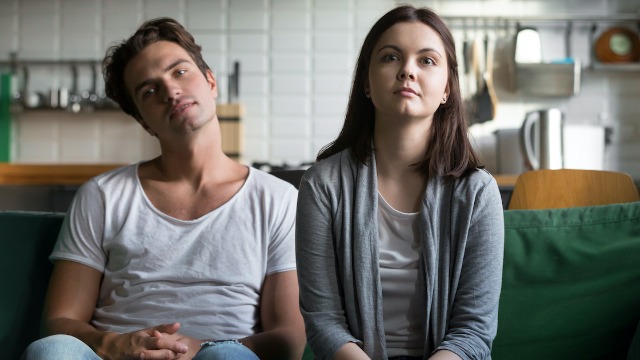 12 people share the funniest awkward moments they've had with a roommate.

Having roommate is like being married, except without all the love and affection (yeah...so it's the exact same thing as marriage).

Before moving in with somebody, be sure to learn whether or not they're nudists. Oh, and guarantee that they're somebody you trust not to put their bodily fluids in your food. These homes are certainly NSFW.

I had a roommate unexpectedly take a long shower in the middle of the night. I thought that was a bit odd, but not that odd since he would stay up all night playing World of Warcraft. Well I asked him about it casually why he took a shower so late, and he told me he was trying to squeeze out a fart and instead, sh*t all inside his pants. So he ran to the shower to try and clean his pants and himself off. Well at our apartment complex you had to pay to use the washer/dryer and he would clean his clothes about once a month. So he simply balled up the sh*tted in pants and left them in his room until he forgot about them and I found them, crusted with sh*t.