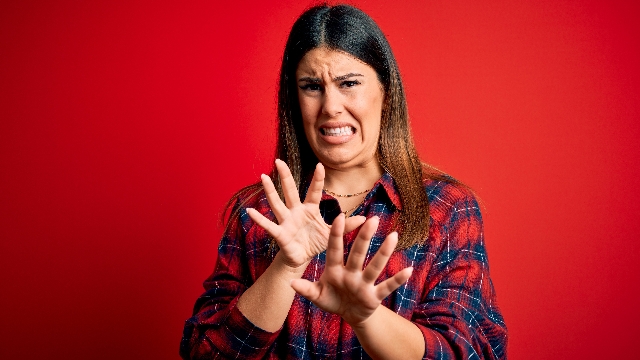 13 people share stories of the strangest people to ever hit on them.

As the saying goes, "you have to endure getting hit on by a lot of gross frogs who want to kiss you before you meet your prince."

People shared stories of the strangest, most socially inept characters who tried to win their hearts, and it's a great rundown of what pickup lines you absolutely shouldn't use.

It's my time to shine! In my 28 years of living I have attracted:

- The LARPer who exclusively lived off of kraft singles, eggs, white bread, frozen cheese ravioli, and multiple gallons of milk. He also believed he was a demon? If the moon was full we couldn't have sex because he may bite me and ravage me to death.

- The Vore Guy. I mentioned once how as a preteen I used to do Harry Potter [role play] on Livejournal and he took it as invitation to introduce me to his fantasy based Vore [role play]. I cannot unsee some details he wrote.

- The guy who wore vampire fangs to our first and only date. Unprompted, unasked, just a pair of vampire fangs.

- The guy who wore nails poking out of his baseball cap, and a trench coat. His teeth were rotting out/black and he honestly looked like he rolled out of some backwater family in a Rob Zombie movie.