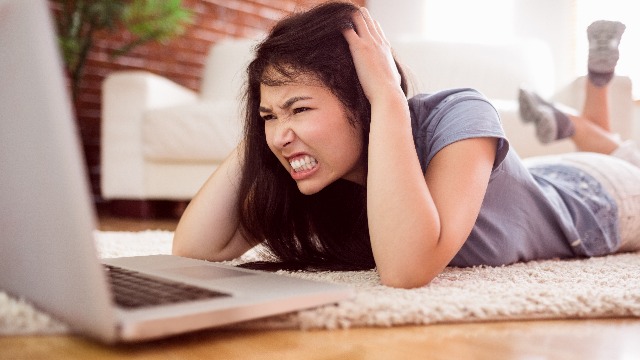 Woman asks if she was wrong to publicly confront the estranged half-sister her father had from an affair.

Family drama is fun...as long as the family isn't yours.

A woman who wants absolutely nothing to do with the daughter her father had from an affair very dramatically told her half-sister off on Facebook. She's now asking Reddit whether she did the right thing.

"(Am I The A**hole) for publicly telling my half-sister to stay out of my life?" the woman asked, and the story is juicy.

My half-sister has a weird obsession with me. She stalks me on my social media profile and acts like a deranged ex. I'm pretty popular on Instagram, where I also post my art, so making it private is not an option.

She is 17, and I haven't seen her in years. The last time I saw her, she was 12 and it was at my grandfather's funeral.

She's not keen on knowing her half-sister, who is product of an affair her father had while her mom was dying:

My biological father had an affair with one of my mum's friends when she was dying. It was sick and my poor mum found out about it 5 days before she passed away. The other woman was already pregnant with my half-sister.

I was 15 and old enough to know what that meant. I refused to live with my dad (courts allowed it) and started living with my maternal grandparents. My 2 older siblings were in college and they haven't talked to him in years.

We chose to keep them out of my life and we like it that way.