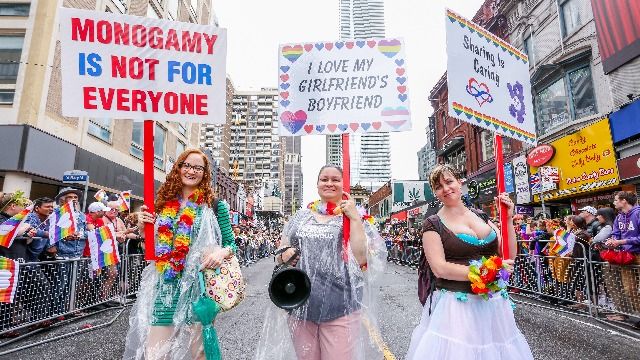 Polyamory may sound like a new buzzword, but it goes way back to the polygamists in the bible. It remains taboo in our society (and its tax code) built around monogamy, and women on Reddit provided a peak behind the curtain by discussing their personal experiences with non-monogamy.

Some people knew that they were entangled with someone polyamorous when they began their relationship, while others were unpleasantly surprised.

Being poly involves a lot of "homework," but it can be incredibly rewarding.

I'm relatively new to the poly scene, but for those of us that are willing to do the "homework," it's an amazing experience IF you are non-monogamous. Some people are monogamous and that's just fine, but don't try to force yourself to be something you're not.

Legitimate polyamory is a lot. Of. Work. It's affectionately referred to as a form of ethical non-monogamy, which if you're curious about, do some research in the polyamory sub. But my main thoughts about it are: the biggest thing is never-ending communication in every aspect of platonic and romantic relationships. It's encouraging check-ins, tough conversations, having a lot of emotional availability, and also tied a lot closer to being independent than you would think. But for those of us with seemingly boundless love and affection to give, and who can balance the tough parts (like schedules, hard times, relationships with metas, etc.) with that love, it's extremely rewarding.