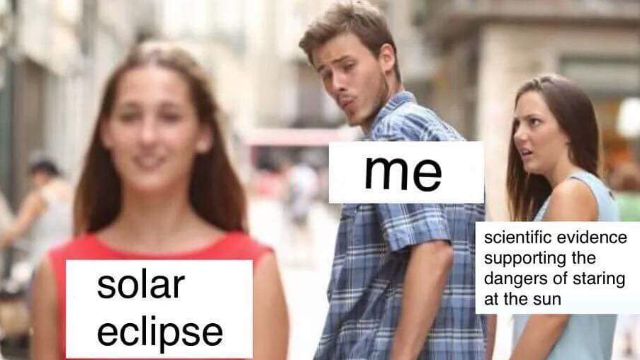 The 'girlfriend vs. other girl' meme is here to steal you away from your regular memes.

The internet is home to thousands and thousands of gloriously absurd stock photos. Every now and then, one such stock photo transcends the rest, becoming a meme that represents phenomenons greater than itself.

Case in point: The "girlfriend vs. other girl" meme, which is currently taking over Twitter's airwaves. Someone discovered a stock photo that features a young couple holding hands, in which the guy is overtly staring at another woman walking by, and his girlfriend is giving him a scowl. (Dude, at least try to be subtle.)

Some went the lighthearted, silly route.