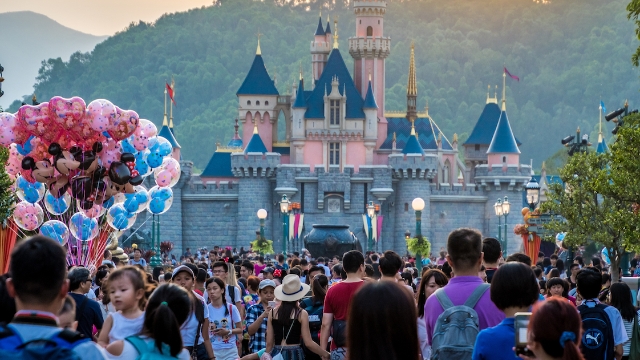 In one of the wildest mom rants I've seen in a while, an anonymous mom ranted about how it "pisses me off to NO END!!!!!!" when she sees "CHILDLESS COUPLES" at Disney World, a "FAMILY" amusement park.

In conclusion, she thinks everyone except mothers and their children should be "banned" from the popular theme park.

Oh, and also, moms should be able to "skip the lines." Huh.

It pisses me off TO NO END!!!!!! when I see CHILDLESS COUPLES WITHOUT AT DISNEY WORLD!!!!! DW is a FAMILY amusement park!!!! yet these IMMATURE millennials THROW AWAY THEIR MONEY ON USELESS CRAP!!!! They have NO idea the JOY and HAPPINESS it is to MOTHERS WHO BUYS THEIR BABIES TREATS AND TOYS!!!! THEY WILL NEVER EXPERIENCE THE EXHAUSTION THAT IT IS TO CHASE A 3 YEAR OLD AROUND AND GETTING STARES AT ASSUMING IM A BAD MOTHER!!!!