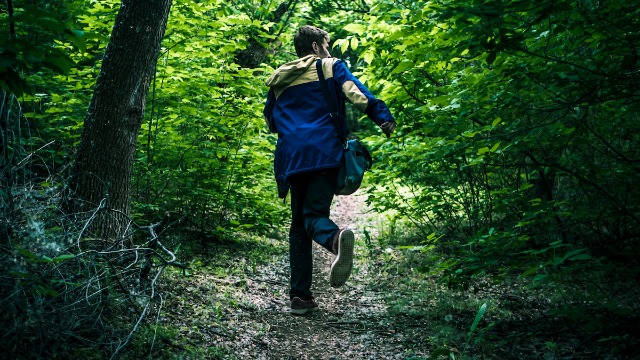 19 hikers and campers share their creepiest encounter with another human in the wilderness.

When we think of creepy experiences while hiking or camping in the wilderness, we usually think of encounters with wild animals like bears, wolves, or mountain lions. But in reality, one of the creepiest animals you can run into while off-the-grid is a human animal. Especially when that human animal is behaving in a weird, erratic, or threatening way. If the idea of leaving society to spend time in the wilderness gives you the heebie-jeebies, this list of stories about people who had creepy encounters in the wild won't change your mind.

Someone asked hikers, campers, and outdoors people of Reddit: "what is the scariest/creepiest/most unnerving encounter you have had with another person in the wilderness?"

These 19 brave outdoor adventures share their creepy and terrifying encounters with other humans in the wild:

A couple years ago, me and two of my buddies decided to go camping out in Pisgah. We didn’t go to a designated campground, but just hiked for a while and found a spot where others had camped.

The spot was solid and we did the usual camping stuff and put anything that could have smelled or attracted any animals far away from our site. Right when we got in our tent, it started raining like hell and we all passed out.