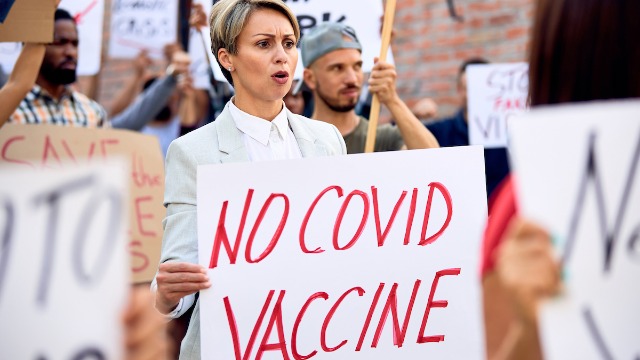 22 people who switched sides on a highly-divisive issue share what changed their minds.

Democrat vs. Republican isn't the only issue polarizing America right now. We are a nation divided on all kinds of issues—from abortion rights to Backstreet Boys vs. 'Nsync to whether or not pineapple belongs on pizza. And just because you've taken a stand on an issue doesn't mean you can't evolve, educate yourself, change your mind, and finally admit that pineapple on pizza is goddamn DELICIOUS.

Someone asked Reddit: "people who 'switched sides' in a highly divided community (political, religious, pizza topping debate), what happened that changed your mind? How did it go?"

These 22 people who changed their minds and "switched sides" on a polarizing issue share their stories:

I used to be dead set against marijuana legalization (why do we need another legal intoxicant when the one we already have causes so much harm, this will allow easier access for underage users, will lead to an overall increase in drug use, blah, blah). I then came to a pretty sudden realization that in jurisdictions where marijuana has been legalized there has been a significant harm reduction and drop in other illegal drug uses (e.g. meth/opiod users report switching to legal pot), underage use has not spiked, and the numbers of people who say they are drug users has not increased. In the end, actual data ruined my previous 'certainty' about what I thought I knew. Now I just need a "I flip flopped" T-shirt...