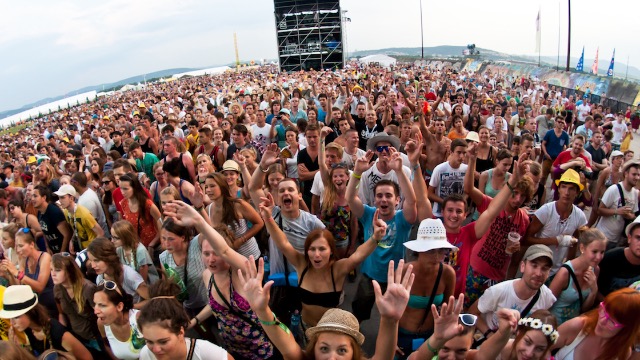 20 people share the fastest they've seen a crowd go from excited to horrified.

A "crowd," for those of you that have forgotten about life pre-COVID, is what happens when many people are in the same place at one time with less then 6 feet of distance in between them. They can be a lot of fun. But they can also go South really fast. Because panic, fear, and disgust spread even faster than coronavirus on a cruise ship.

Someone asked Reddit: "what's the fastest you've seen a crowd go from excited to horrified?" These 20 people share stories of the times the energy in a big group of people took a sudden turn for the worse:

Monday Night Football, November 18th, 1985. Washington Redskins vs. the New York Giants. I was pretty young at the time so being allowed to stay up late on a weekday was a rare occasion. During one of the plays, Joe Theismann was sacked by Lawrence Taylor and Harry Carson of the Giants. The entire stadium went silent as Theismann would end up suffering a compound fracture of the tibia and fibula. What I remember most vividly is that the broadcast kept replaying it over and over again and seeing shin snap at a 90 degree angle. It made me physically nauseous and had to walk out of the room. If I recall correctly, following the injury, broadcasting policies were changed so that constant replays like this would not be shown in the future.