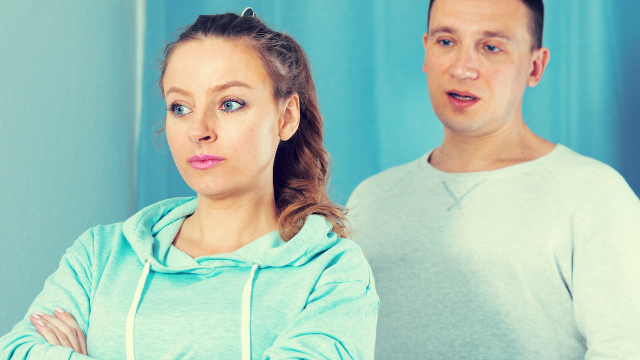 Pregnant woman asks if it's OK to stop husband from going to bachelor party 2 weeks before due date.

A pregnant woman who wants her husband to miss his best friend's bachelor party because it's two weeks before her due date has shared her story on Reddit.

She explains that the bachelor party, a two-day golfing event, will be a two-hour drive away, and that her husband has a bad track record of not responding to calls and texts when he's away with his friends. He also apparently smokes a lot of weed.

She says she was willing to "compromise" by letting her husband go to the bachelor party if he would be willing to stay sober and keep his phone charged in case she goes in to labor early.

But her husband didn't accept this compromise and got angry with her for suggesting it. Yikes. So she asked Reddit whether he is the a**hole in the situation, or she is. I think you can guess whose side people took in this debate, and no, it's not the one who prioritized golfing with his buddies over his heavily pregnant wife's happiness and well-being.

My husband’s best friend got engaged, and my husband is in the wedding party. He is not the best man, but is doing most of the planning for the bachelor party. In his friend group, they usually do a golf weekend. Also, this is likely the last bachelor party in the group as the rest of the guys are already married.