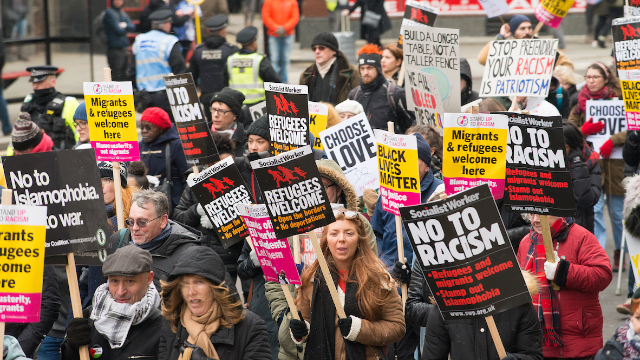 Welcome to the United States of Amerikkka. In today's way-too-common segment of "white people being racist douchebags," two white students at Palos Verdes High School in Southern California are in hot water after a photo of them holding up a racist "promposal" sign went viral on social media and sparked a huge backlash, NBC reports. The students will face "severe consequences," according to NBC.

It's good to see white people finally facing consequences for being racist—if only it were the Trump administration and Republicans in Congress and not a couple of idiot teens. But, hey, you gotta start somewhere!

The photo, which went viral on Instagram and Twitter earlier this week, shows two teens laughing while holding up a sign which reads: "Bianca, you are racist but I would give anything for you to go with me to prom." Then, lest you had any shred of doubt that these teens are, in fact, racist: six letters in the sign are highlighted to spell out the n-word.