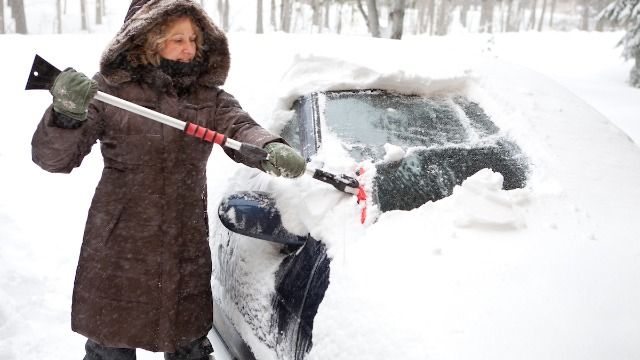 10 people share their best stories of getting revenge on a rude or terrible driver.

Anyone who's spent a fair amount of time behind the wheel has experienced moments of road rage caused by fellow rude, inconsiderate, or straight-up terrible drivers. But what if, instead of responding to these scenarios with road range, we enacted road revenge?

That's what these people did. When confronted with bad behavior on the road, they took matters into their own hands.

1.) Take my parking spot that i just dug out? Fine, I'll bury your car

This happened a couple years ago. It had snowed a bunch and so I went out to clear a spot for my boyfriend at the time for when he got home from work (police officer). I spent a while digging it out, and as I was finishing up some girl drove up and parked in it (while I was still shoveling it!). I told her that I just dug it out intending to use it and asked her to move, and she didn't. She then got out of her car and walked away... Turns out she lived two buildings down so she normally wouldn't park there anyways!