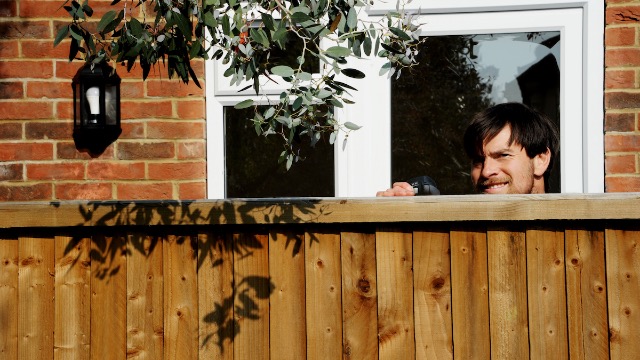 14 people share stories of how they got revenge on a rude or disrespectful neighbor.

Sadly, we don't all live nextdoor to Mr. Rogers in Mr. Rogers' neighborhood. And we often have to share a street or block with people who are rude or disrespectful—sometimes infuriatingly so. Most of us just cope with this by talking trash behind their backs to our other neighbors. While others prefer to get revenge. So be nice to your neighbors, because you never know who could be in the latter category.

Here are 14 deeply satisfying stories of people who didn't just get mad at their rude neighbors—they got even:

1.) My uncle's neighbors threw a party and took over his driveway, so we boxed them in

This happened today within the last two hours. A bitbof backstory: my uncle is now 81, and is a tough, short, elder Italian gent who keeps hisnown garden annually and routinely maintains complex machines on his own time. His neighbors call themselves his "cousins", and are the most selfishly entitled people we know. Their kids have been guven vehicles he was going to trade in, only to wreck them in a week... AND STILL made HIM pay for it.

So this year marked his 81st birthday (July 27), and my 31st (July 30). He's also my godfather, and my mother often says that I was his 50th birthday present. This past week, around the middle of the week, my aunt and I made plans to visit my uncle today and finish off the sausages we brought over for a celebration party at the beginning of the week. Well, apparently today is some kind of party for my uncle's neighbors, as there are SIX vehicles parked outside their house, whether in their driveway or up and down the road... with another parked just inside the edge of my uncles driveway.

Something to know about my aunt is that she is a veteran in security and gives absolutely zero shits about anyone's nonsense. She also has a general hatred for most people, which she isn't secretive about. She won't hurt you... she'll stare you down and give you a daggerlike death glare until you KNOW you've done something bad.