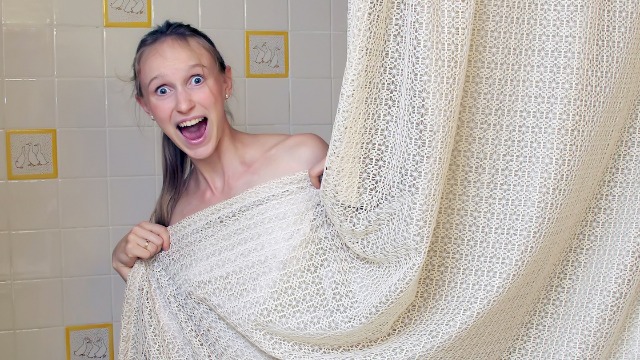 18 people share stories of the craziest thing a roommate ever did.

Co-habitating with a roommate is a great (and in many cases necessary) way to save money on rent. But sometimes—okay let's be honest, more often than not—you end up paying for it in other ways. Maybe they leave dirty dishes in the sink. Maybe they have loud sex when you're trying to focus on your Netflix and loneliness. Maybe they're cheerful before 10 am. Or maybe—if you can imagine—it's even worse.

Someone asked people on Reddit to share their craziest roommate stories. These 18 people share the most bizarre, unexpected and disturbing things a roommate ever did, and suddenly those dirty dishes and sex noises may not seem so bad:

In college I got an apartment with 3 dudes (I'm a girl). It was art school so some crazy is expected but this went above and beyond. These were nice guys, if a little immature. There were some annoying but hardly newsworthy points of contention– they never washed a single dish, filled the house with shit they found at the dump, played insanely loud music, etc. Then one of them, never a poster child for mental health, really began to lose it.

It started with him getting a turtle. He kept the turtle in a tank full of water with an enormous cement block sticking halfway out of it, ostensibly for the purpose of giving the turtle something to climb up on. He claimed the turtle's tank "cleaned itself" and bought the turtle worms to eat. Turtles don't eat worms, but roommate didn't throw worms out. Instead, he kept putting the jars of worms in the kitchen. One day, we woke up to find he'd emptied the jars of worms into the bathtub so they could "live there, with their brethren." What? I started staying at friends places because this roommate had come home one day with a trumpet and begun playing it at all hours (he didn't have any actual trumpet-playing skills). One morning I come home to find this roommate has gone into my room, slashed at various possessions with a hunting knife, smeared paint on my walls, put onions in my bed and left open containers of alcohol everywhere. When I confronted him, he said, "Missebean, you can't stay out all night and then come home and expect me to NOT have gone into your room and done some stuff." As I planned an executed my escape, my roommate's shenanigans continued. Among his offenses: