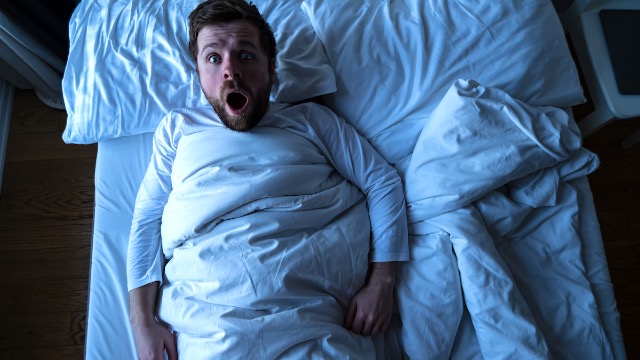 29 people share the most terrifying things they have experienced while home alone.

Being left home alone to fend for onesself against a couple of incompetent burglars might seem like fun and games if you're a character played by Macaulay Culkin in a classic Christmas film. But in reality, being home alone can be a pretty terrifying experience for kids, and quite a few adults. If you weren't already afraid of being home alone, you might be by the end of this post.

Someone asked Reddit: "what is the most terrifying thing you’ve ever experienced while home alone?" These 29 people shared their chilling stories of being home alone (or in many cases, not as "alone" as they thought).

After reading these, you may never stay alone in a house again without at least 5 other people and a german shepard.

When I was like 9 my parents were both at work one day and I was chilling at home by myself when the intercom rang (we lived in an apartment block). It was some lady asking if I've ordered a pizza. I calmly told her that I didn't. Then she said, "Oh... Well, do you want a free pizza? Just let me in and I'll give it to you".

9 year old me was f*cking terrified by this. Not because I found the idea of free pizza particularly scary, but because my dad used to tell me really drastic cautionary tales for why I shouldn't open the door to strangers (and other stuff). So I was genuinely convinced that the woman wanted to come in so she could murder me.