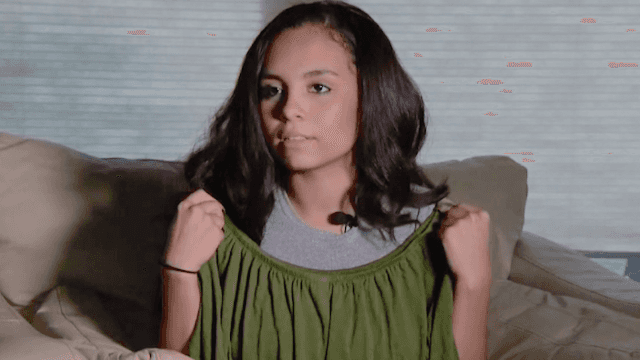 A student wore an off-the-shoulder shirt to school and the principal threatened to have her arrested.

A high school senior was threatened with arrest and then suspended for 10 days after wearing an off-the-shoulder shirt to school, WHAS reports. The student, Summer, an honor roll student with a 4.4 GPA at Hickory Ridge High School in in Charlotte, NC, was also banned from senior activities, including graduation. Now she's worried that this incident might affect the full scholarship she received to college.

On Wednesday, Summer's principal approached her during lunch and asked if she had a jacket she could put on over the off-the-shoulder shirt, which is prohibited by the school's dress code. According to WHAS, she didn't have one, but borrowed one from a friend. However, the principal still insisted that Summer go to the control room (I have no idea what a control room is) to change her clothes.