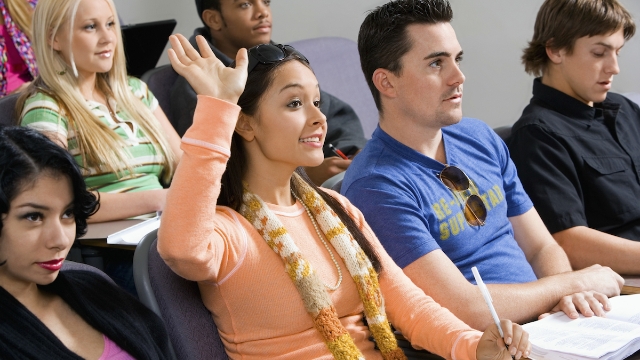 22 students share the dumbest thing a classmate said in class that made everyone cringe.

Most current or former students have at some point raised our hand in class and said something dumb or embarrassing in front of our classmates. It's part of the academic experience: humble young people by shaming them in front of their peers. Thanks, education! But there's always that one student who says something so spectacularly ignorant or inappropriate that it makes not only their classmates cringe, but also their teachers, their textbooks, and a group of strangers on the internet.

On Reddit, students are sharing the dumbest and most embarrassing things classmates have said in class that made everyone cringe. Here are 22 stories about students whose class participation will never be forgotten:

We were watching the Charlie Chaplin film, "The Great Dictator" and a girl stood up in the middle of class and stormed out. All while loudly protesting watching Nazi propoganda films starring Hitler.