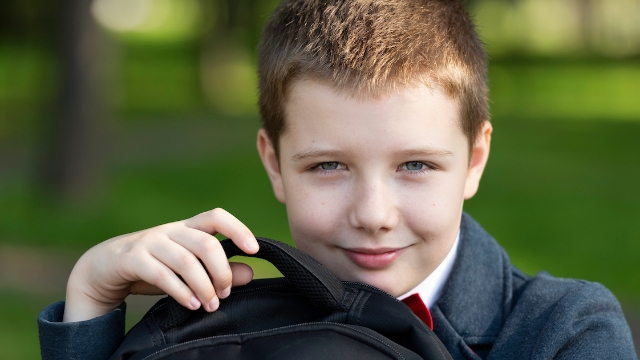 21 students share the most creative ways classmates have rebelled against school rules.

Teens are extremely creative. And when they're not creating, directing, filming and editing their own elaborate music videos on TikTok, they are often putting their skills to use in another area: breaking the rules.

As a former high schooler myself (brag), I know that rebelling against school regulations is an art form that, when done clumsily, can result in detention. But when done well, it can earn you the respect and admiration of your peers—maybe forever.

Someone asked Reddit: "what's the best way you've seen someone rebel against school rules?" These 21 stories of teens who bent or broke the rules in imaginative ways are nothing short of historic.

All hail the diabolical minds of teens.

Halloween costumes were banned at my high school because of some idiots like 10 years before that dressed up and used it as an excuse to hide their face while they vandalized the school.

My senior year more than half of the class decided that we would still dress up and march into the school together in the morning. We all knew we would be punished right away, but it didn't matter. I stayed up all night making a suit of armor out of metallic duct tape and carboard, along with a broomstick horse to ride. Here is a picture that ended up in the yearbook

The next day we all gathered in the parking and waited for everone to show up. People went all out and there were a lot of amazing costumes, and after about 20 minutes of waiting we started our march in. The deans had learned of our plan and were waiting for us right as we entered. They started pulling people aside in groups and taking student IDs to hand out detentions.

In my group there was one guy dressed up as an ATM and when the dean asked for his ID he started making ATM noises and then slipped the ID out through the slot where you would put your debit card in. It was one of the funniest things and I was so jealous that my costume was not as clever as his. Even though having so many of us participate was pretty awesome, his costume just made that whole event for me.