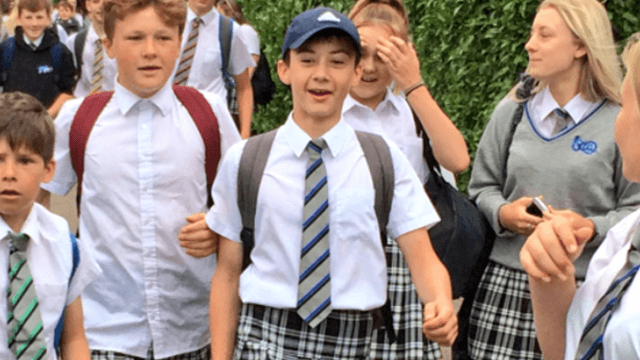 Teenage boys wear skirts to school to protest the no shorts dress code.

Despite temperatures reaching nearly 90 degrees, the Isca academy in Exeter, England, refused to let boys come to school in anything but the approved school uniform. That uniform doesn't include shorts for boys, but it does include skirts—and no one bothered to specify the gender.

So a protest was born, and it looks super comfortable.

Most tweets supporting boys at Devon school wearing skirts to lessons in protest at not being allowed to put on shorts in heatwave. pic.twitter.com/POWm2oTUVj

According to local outlet Devon Live, the protest began when a 14-year-old boy asked an administrator if he could wear shorts, you know, because of the sweltering heat.

She told him "he would be put in the isolation room for the rest of the week" if he dared, according to his mother.