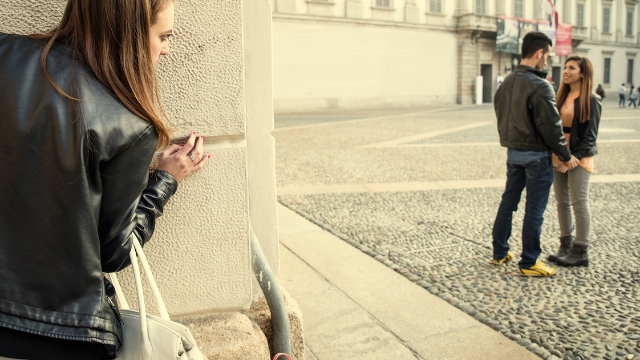 16 people who were the 'bad guy' in someone else's life share their side of the story.

Humans tend to be quick to put other people in a box of "good" vs. "bad," but it's not usually that simple. Oftentimes, one person's "villain" has their own version of events, or at least an explanation for why they behaved the way that they did. Of course, this doesn't necessarily justify bad behavior. And sometimes a douchebag is just a douchebag. But more often it's more complicated than that, and otherwise "good" or well-intentioned humans are often capable of doing bad things.

Someone asked Reddit: "people who realised they were the villain in someone else's story, what's your side of story?" These 16 people share their stories of being perceived as the "bad guy" by others, and what happened from their perspective:

Ok so this weird misunderstanding happened when I was visiting the Netherlands. I'd just bought a sandwich from one of the bakeries and was sitting by the canal eating it when this massive duck jumps out the water and goes straight towards me with its eyes fixed on my sandwich. I'm kinda worried its gonna try to grab it off me so I wave my foot in it's direction to try to ward it off. The duck stops at my feet and just sits there staring at me while I eat. "Ok, whatever, its just going to sit there and not bother me" I think, so I just ignore it and continue eating my sandwich.

Not long after this a women approaches me and speaks to me in dutch. I look at her blankly and she keeps speaking so I say "Sorry, I don't understand". She switches to broken English and starts saying "You make yourself big, you kick the duck". I continue to stare blankly so she repeats herself a few more times.

I'm desperately trying to figure out what the hell she's talking about. Eventually it dawns on me. She's seen that the duck wants my sandwich, and shes trying to tell me how to make it go away. The duck isn't bothering me, and I really don't want to kick it, so I just smile and "Right ok". But this damn woman won't leave. She keeps standing there staring at me. So I sigh, comically puff up my chest to 'make myself big', look at the duck, and give it a small nudge with my foot.

Nothing happens. The duck doesn't even react. It's still standing in the same place. At this point the women goes f*cking ballistic. She starts yelling at me to "f*ck off back to my own country", she "hopes I choke on my sandwich" and even says she's going to throw me in the canal and makes a motion towards me. I'm just sitting staring at her in utter disbelief.

After she leaves I'm kind of in shock and trying to process what happened. I eventually realise that from her perspective it looked like I'd kicked the duck when I'd waved my foot at it, and she was trying to call me out on it. To which I responded by politely smiling and then 'kicking' the duck again while puffing up my chest to take the piss out of her. She's probably still telling people about the asshole animal abuser foreigner.