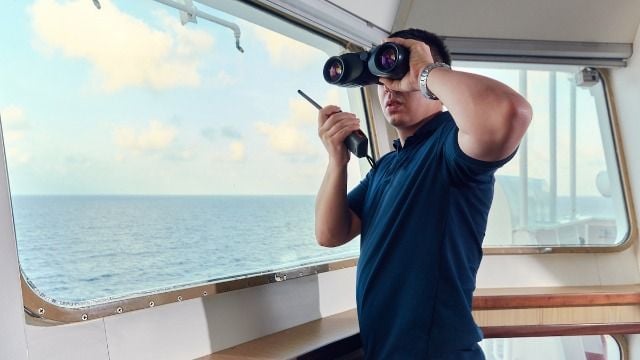 15 sailors share the creepiest 'supernatural' experiences they've had at sea.

The ocean is a vast, creepy, and mysterious place that seems to defy the laws of science and logic (how else can you explain animals the size of literal houses that just swim around singing to each other?!). Most of us only experience the ocean peripherally, via daytrips to the beach or an occasional cruise or sailboat ride. But sailors and other people who spend a lot of time at sea can verify that it really is an other-worldly place where supernatural, creepy, and inexplicable things are prone to happen.

Someone asked sailors of Reddit: "Have you ever witnessed something you would catalog as supernatural or unusual? What was it like?"

These 15 sailors and others who have spent significant time at sea share their creepy and inexplicable stories, so hold on to your sailor hats:

1.) The last thing you want to hear while at sea.

In the Gulf of Aden having been at sea for a while and with absolutely blistering heat, I heard my nickname called 3 times. Clearly and loudly. It was my first time with this particular crew and none of them knew my nickname. My best guess is dehydration and stress but I’ll never forget it.