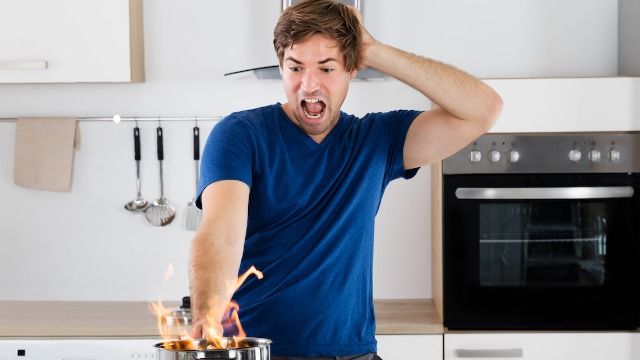 Sometimes I think about all of the things human beings have invented and built, and I'm in awe at the infinite powers of the human brain. Other times, I'm shocked that a species as dumb as us has managed to survive evolution. How can one species be so intelligent and idiotic at the same time?!?!?!? It boggles the mind.

Someone asked Reddit: "What things have you/your friends done that made you question your/their intelligence?"

These 19 people share stories of hilariously dumb decisions or behaviors that made them question their own intelligence or someone else's:

My friend works at a restaurant as a waiter. One night I noticed a small open wound around his wrist. Upon asking what happened, he told me that he burned his hand on the stove, and immediately poured bleach on it. He said "bleach neutralizes the burn, just like in Fight Club".

I'm no doctor, but I'm pretty sure a burn caused by heat (as opposed to chemicals, like in the movie) does not call for bleach as a way of treating the burn.