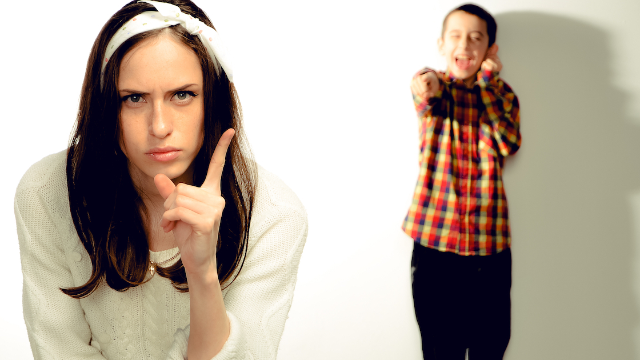 13 teachers dish on parents who misbehaved exactly like their kids.

Kids misbehave for all kinds of reasons. Maybe they struggle with a behavioral disorder or learning disability. Maybe they are unhappy and are acting out as a cry for attention. Maybe they're just kids! Or maybe they picked up their misbehavior from their parents. Just because someone is grown up enough to have kids doesn't exempt them from bad behavior, and kids learn a lot of their behavior from their parents. These 12 stories from teachers about parents who were "just as bad as the student" prove my point. Sometimes the apple really doesn't fall far from the tree.

Elementary teacher here. We had a student who wouldn't stop stealing things out of other kids backpacks. We had caught him on camera and would call the parents and they would just say "no, that's his insert stolen item, we just bought it for him." Then, we get him on a positive behavior plan and create intentional lessons about empathy to others, setting goals to get what you want, the difference between wants/needs etc. Eventually, he gets enough positive days in a row that he gets released from the behavior plan and receives a free bike as his incentive for good behavior (they were donated to the school by a local bike shop). The next day he tells me his uncle stole it and pawned it. He went right back to his old behaviors and it was heartbreaking.