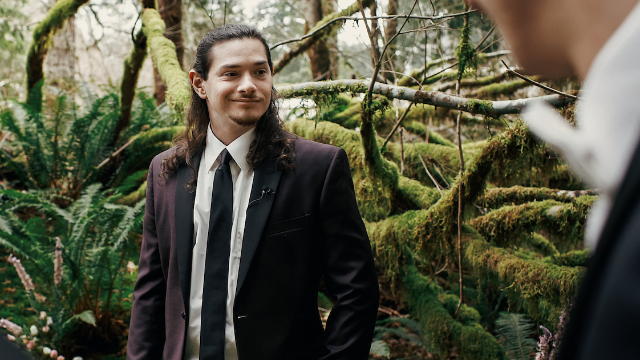 Groomsman ditches wedding after groom demands he cut his long hair off for photos.

We've all heard of bridezillas, but brides don't have a monopoly on wedding-related entitlement. Planning a wedding seems to bring out the worst in a lot of people, regardless of gender.

A would-be-groomsman recently shared his story on Reddit about an entitled groom who demanded that he cut off his long hair for the wedding or else he'll be kicked out of the wedding party.

The long-haired groomsman says that he and the groom have been friends for a long time and he was "incredibly honored" to be groomsman in his wedding. He writes:

I’m a guy who has had long hair for a very long time. No one is shocked by this or finds it offensive and I always tie it back and look respectable in photos.

One of my oldest friends recently got engaged and asked me to be a groomsman. I was incredibly honored and would absolutely love to be in that role as I’ve never done it for anyone else and most likely won’t get the chance again.

But the groom revealed his groomzilla side when he asked his friend to cut off his long hair, claiming it would "look weird" in photos alongside the bridesmaids.

The groomsman was "blown away" and said there was "no way" he'd cut off his hair for the wedding: