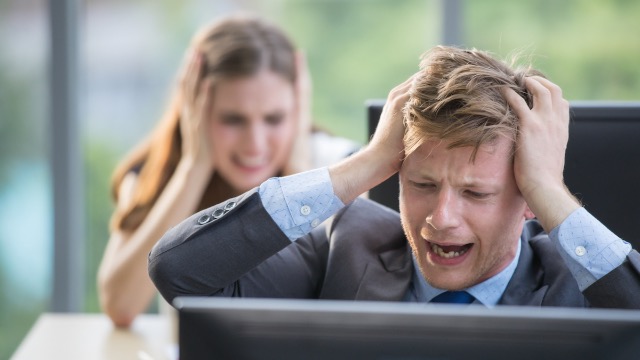 23 people share the craziest thing they've ever seen someone do at work.

Our jobs put a roof over our heads and feed us. But being forced to do the same tasks day in and day out, surrounded by people we may or may not be able to tolerate, can also drive us insane—sometimes quite literally. Most of us have at some point witnessed a co-worker completely snap in the workplace. Or maybe that co-worker was us.

Someone asked Reddit: "what is the craziest thing you've seen somebody do at the workplace?" These 20 people share stories of co-workers who lost their sh*t at work:

A guy at work stood up at his cubicle, raised his keyboard over his head with both hands, and yelled "KIMBO SLICE MUTHA F*CKAAA!!!" and smashed it on the cubicle divider 5 or 6 times until it broke in half, then yelled BYAH! (hand motion and everything) and went to the bathroom. Got fired later that day, turns out he wanted to quit but also wanted a nice severance package, so he pulled that stunt.