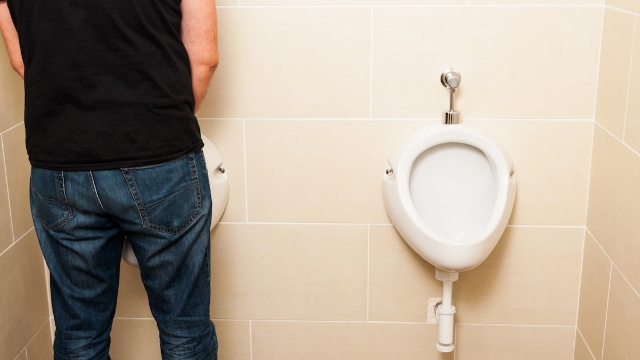 27 people share the weirdest thing that's happened to them in a public restroom.

Public restrooms: we all need them, and yet, we all fear them. Entering a public restroom is a gamble. You never know what kind of sh*tshow—literally, or figuratively—you might find inside.

Someone asked Reddit: "What is the weirdest thing you've heard or had happen to you while using a public restroom?" These 27 stories are about as bizarre, wild, and disgusting as you can imagine.

Do not read while eating.

I had the pleasure of hearing some poor soul trying to pass a kidney stone in a movie theater restroom. His screams would have scared the shit out of me if that wasn't why I was in there in the first place.

I was at a Festival in NSW a few years ago and saw the wildest thing at one of the portable portable troughs (that counts as a public restroom, right?).

It was right at the end of the night, just after the last band had played, so my mate and I went for a piss. As we did, some poor souls hat had fallen into the trough (probably a few hours prior to us being there, it was drenched in piss), so we thought hey, a target, and started aiming at it.

As we do, we hear some bloke, very happily yelling, making friends, saying gday to everyone as he made his way over to the trough. Clearly very very high (MDMA I’m guessing), we walks in, stands between me and my mate, let’s out a “Gday boys how are we?!” And throws his arms over our shoulders. Bit weird cause we had our dicks out, but ultimately a bit of harmless, spontaneous mateship.

Until he notices the hat we were still in the process of pissing on. He glances at it for just a second, then yells, “F*ck yeah, free hat!” Before slapping through my piss trail, grabbing it, and slapping it on his head with the most unforgettable squelch I have ever heard. He looks at me, stares me dead in the eye while beads of literal piss begin to roll down his forehead, and lets out what can only be described as spongebob’s laugh if he had been of a four day bender.

Then just walked off into the crowd. My mate and I stood laughing in shock for a few minutes before we could process what the f*ck we just saw.

Funniest part was that he didn’t even piss, think he was just too cooked and distracted by his new found piece of attire.

God bless you, piss hat man, wherever you may be.