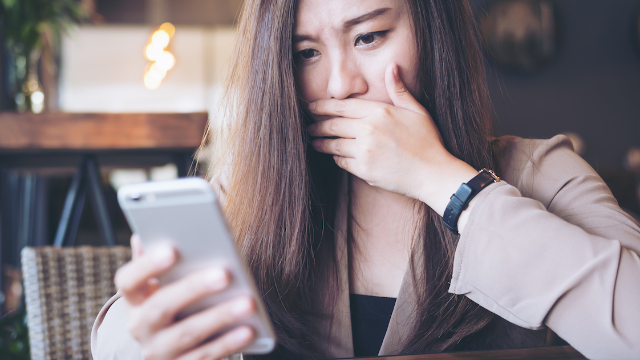 'Nice guy' rants at woman selling iPhone who won't give him her home address.

If a guy tells you, "you can trust me I'm a nice guy," that's usually a pretty good sign you can't, he's not, and you should GTFO quickly. The latest story of a "nice guy" who turned out to be a terrifying, dangerous psychopath comes to us from a woman who goes by msamberjade on Reddit.

This woman was selling her iPhone on Facebook, which one man—a complete stranger she'd never met—interpreted as an invitation in to her home.

Their interaction began relatively normally with him offering to buy the phone. But as soon as she said she would prefer to meet at a Starbucks rather than at her own home, his response took a turn for the creepy: