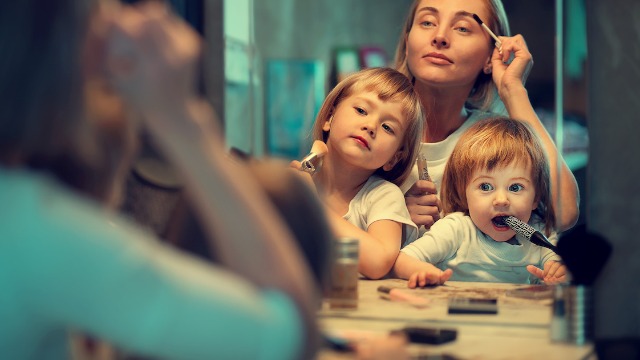 20 women who have led a secret 'double life' share their stories.

Trying to maintain a certain public image while keeping a job, relationship, hobby, habit or other secret from the world can result in people feeling like they're leading a "double life." Leading one life is stressful enough, I can't imagine trying to lead two! But financial, social, or religious pressure often makes people feel like they have no other choice but to lead one life publicly, while keeping another one on the DL.

Someone asked women of Reddit who who live or have led double lives: "how was it for you? What made you live a double life?" These 20 women share their stories:

When I was 23, I was married with two small kids. I lived in an apartment with meth heads as neighbors and a partner that couldn’t keep a f**king job.

So.... I became a stripper. I did it for 15 years. Got rid of the guy that wouldn’t/couldn’t work and became self-sufficient.

I never told my kids, they thought i bartended at a high-end country club. So did all the friends and their parents. It’s a need to know basis. Most people don’t need to know.