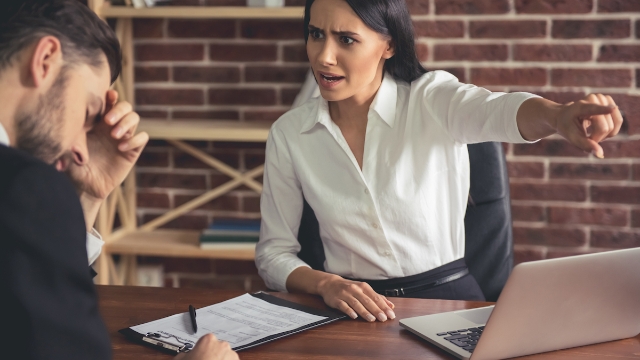 31 bosses share the craziest reasons they've ever had to fire someone.

Everyone is on their best behavior in a job interview, but once the job is secured, that's when many employees show their true colors. And it's pretty wild the behavior people think they can get away with at work while still holding on to their job. If you think it's a good idea to steal, lie, or misbehave at work, remember, their are consequences. Big Boss (and sometimes security cameras, as well) is always watching.

Someone asked bosses and managers of Reddit: "what’s the craziest reason you had to fire someone?" These 31 people share stories of the wildest misbehavior on the job that led to an employee or co-worker getting let go:

At a retail job, we had a kid come in and punch in for the day then go home. Would come back at quittin' time and punch out.

I was a bartender/bar manager. This guy came in one night and said he was an aspiring DJ and asked if we would consider hiring him to come in just on Sunday nights to DJ for us. He said we wouldn’t have to pay him at first, he would just take tips and we could renegotiate after he helped to build up our Sunday night crowd.

He lasted less than 3 months. He drove away so much business and I got SO many complaints. He played the same songs every week and when people made requests (for commonly known songs), he had no idea who they (the musicians) were.

I had to fire someone who was working for free. He was a nice guy, which is the only reason he lasted as long as he did.