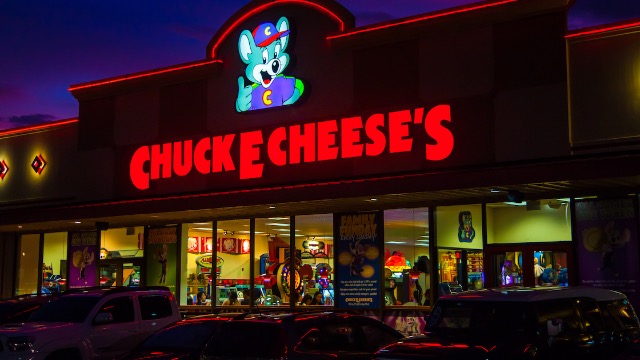 19 former chain-restaurant workers share the crazy things that made them finally quit.

No matter how tough you are or how thick your skin, restaurant work has a way of pushing you to the breaking point, and beyond. This former waitress/barista can confirm. And big chain restaurants are particularly notorious for devaluing, underpaying and exploiting their workers. Friendly reminder to tip and tip WELL whenever possible, whether you're at a local hole-in-the-wall or a TGIFridays.

Someone asked Reddit: "people who have worked at chain restaurants (Fridays, Red Lobster, etc). What’s your 'F*ck this I’m out' story?" These 19 people share the moments they were pushed too far and realized they had to GTFO:

worked for a franchise Qdoba for 4 months as a manager - good food, worked with good people, nothing about how the day to day op ran was bad, except how cash was handled.

Deposits were kept in the safe, and would be periodically taken to the bank, deposit slips logged etc.

as i was starting training, a deposit went missing. the two managers that had access to it were held accountable, and had their pay docked to offset the lost deposit - no police report filed, no one fired, no procedures changed to prevent it from happening again.

3.5 months later, a deposit goes missing again, from a weekend i had time off. Franchise owner pulled the same shit, held the overlapping managers responsible for the missing money, docked their pay, no police report.

at that point i dug in to who had been taking the deposits to the bank when they were discovered missing. The franchise owner on both accounts, who was also docking pay as a penalty for the "lost" money.

within a week, i was ready to nope the f*ck out at the end of my shift, left backdated letter of resignation, and have copies of all deposits from shifts i had worked so the franchisee couldnt pull a "missing" deposit on me after the fact.