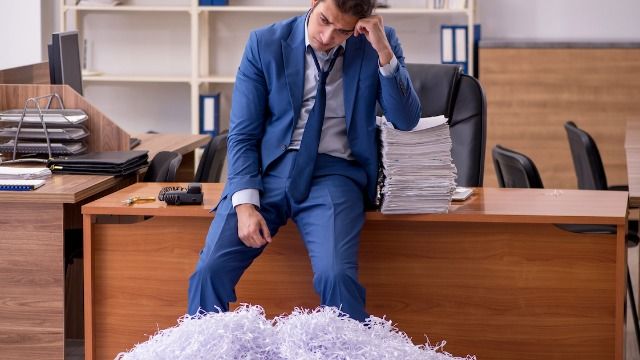 18 employees share the most unethical thing their boss ever asked them to do.

There are plenty of good employers out there, but there are just as many who become corrupted by their power. Whether it's in the interest of maximizing profits, or an egomaniacal desire to control and manipulate people, some employers cross every ethical line imaginable. And many of them get away with it. Thanks, capitalism!

In a popular Reddit thread, someone asked: "What’s the most unethical thing a boss has ever asked you to do?"

These 18 employees share their stories of the times their bosses asked them to do something morally corrupt or wrong:

Many, many years ago I was working as a part-time mechanic for a guy selling "restored cars". He called me in for an emergency brake repair on a TR-4. One of the rear wheel cylinders had failed and he needed it fixed ASAP. He had a buyer lined up with cash.

Instead of having me hone and rebuild the cylinder properly (I had the tools and the kit to do so) he wanted me to cut the pipe to the rear brakes and just crimp it over onto itself, enough to stop the leak. He was in a hurry and wanted it fixed before the customer saw anything.