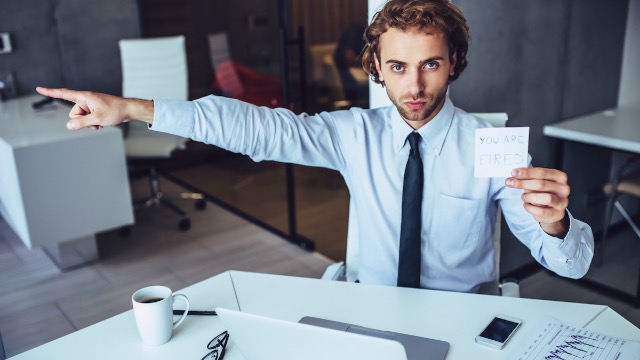 21 people dish on former coworkers who got fired on their first day.

Starting a new job is tough. And most reasonable employers give their employees a little time at the beginning to learn the ropes. Which is why it generally takes a pretty extreme level of incompetence or misbehavior to get fired on the first day of a job. But it happens!

Someone asked Reddit: "do you know someone who got fired on their first day? What did they do?" These 21 people share stories of (now former) co-workers who didn't last more than a day at the job, and why:

His last job, he was driving cars from where they were dropped off to where they were sold at auction. He was driving this really nice BMW sitting at a stop sign at the base of a hill. Semi truck carrying logs loses its brakes and slams him at 50+ mph. He then proceeds to t-bone another car while still getting pushed by the semi. Him t-boning the other guy knocked him out from in front of the semi and into another car which had seen what was happening and slid to a stop. The semi went over the hill and landed in the creek at the base.

He got cut out of the car then airlifted out (along with the driver of the semi and the passenger of the car he t-boned) and when he called his boss (after emergency surgery) the boss fired him. He sued the hell out of the company for wrongful termination and he's been living off the money for 3 years.