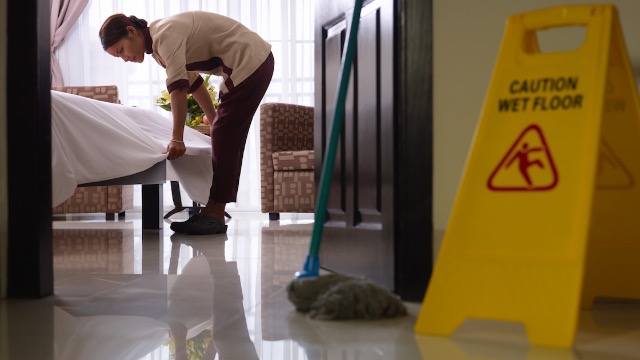 Hotels and motels seem to bring out people's weirdest and darkest impulses. Probably because they offer us a zone of privacy that isn't our own home, allowing us the opportunity to indulge in all kinds of wild behavior and then rapidly flee without facing the consequences. But unfortunately, some people don't get to just flee hotels: the ones who work there. They are forced to deal with the aftermath of humans behaving like wild animals, and they see some of the craziest sh*t imaginable. Sometimes literally.

Someone asked people on Reddit who work in hotels: "what was the strangest thing you found in someone's room?" These 16 brave souls share the weirdest, grossest, and most surprising things/behaviors they've ever seen or discovered in a hotel room:

This happened in the early 1990s. I was cleaning up after a guest who had checked out, and our manager made us count all the towels to make sure they didn’t steal any. I was missing one towel, but I found it on top of the television. When I picked it up something soft and pink fell out. I instinctively went to catch it but it was slippery and dropped right through my hands. I looked at it and I was like, “what the heck is this?” I called a couple of co-workers and we all looked at it, none of us knowing what it was. It was some sort of pink, slimy sleeve. I’m guessing you all kind of figured it out, but my young naïve mind had no idea.