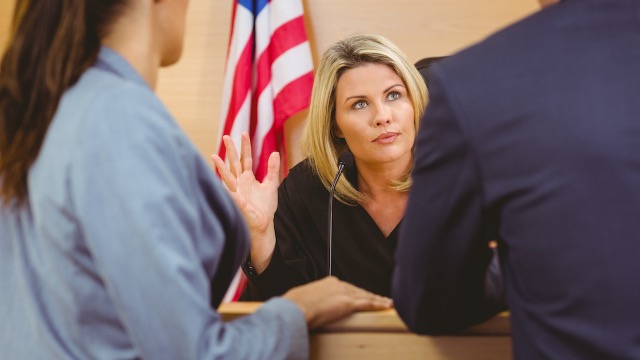 15 lawyers share stories of clients who screwed themselves over in court.

Being a lawyer seems a little like being a parent, in that you only have so much control over the humans whose livelihoods you are responsible for. And, much like children, defendants in court often say or do exactly the wrong thing at the worst possible time.

Someone asked lawyers of Reddit to share their "oh now you f*cked up" moments from court. Here are 15 stories of defendents whose misbehavior or accidental overshares cost them their case:

So, picture it: mother and father are in a custody dispute. Mother's not making a lot of money but she's hustling as best as she can to take care of her kids. Father's a deadbeat. He actually was supposed to originally have primary custody, but skipped out, so she's been taking care of them for a couple years, and now she wants primary custody officially transferred to her and he's fighting it because he's a narcissist...

Anyways. In many jurisdictions, in addition to the lawyer for each side (assuming that the person isn't arguing pro se, like the father in this case, because not everyone can afford a lawyer, or thinks that they need one) when there's a child involved the court appoints a guardian ad litem, who represents the child. The guardian ad litem interviews the parents, interviews the child, does some basic investigating, and reports to the judge about their assessment. In this case, the guardian ad litem said outright that the mother was probably the better bet, but he thinks that both parents should take a drug test just in case. (Both parents had previous substance abuse problems, and both claimed to be clean.)

Well, the judge has no problem with any of that that, and sends the parents off to be tested right then (social services sent someone to administer the tests, I believe). That's done, everybody comes back to the courtroom.