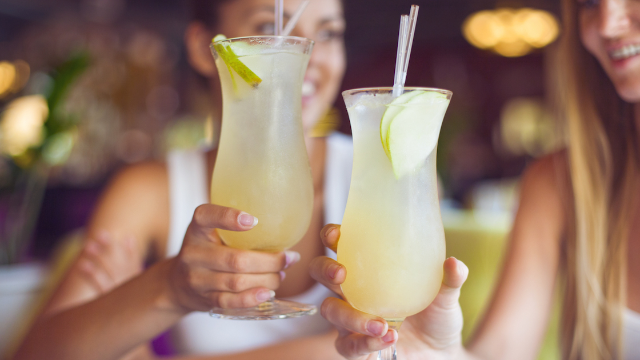 A server could could be out of a job soon for making a decision on behalf of a customer that they thought was "right." Because sometimes what seems like the "right" thing to do is not only against the rules, it's illegal. Life is weird like that.

In a post shared to Reddit's "Am I The A**hole?" page, the server explains their moral dilemma.

It began when a group of women in their 20's entered the server's restaurant and ordered cocktails. Then the server overheard one of the women say that she's about 3-and-a-half months pregnant.

I have waited tables for the last three years.

During my shift last night, a group of four women in their late 20s came in. They were a pleasure to have as customers. They ordered four of our house cocktails to start with and then went over the menu for their entrees.

When I was on my way back to their booth with the drinks on a tray, I walked by the back side and overheard one of them talking about how she was 14 weeks along. When I rounded back, they were talking about the same topic and it was clear to me that she was pregnant. I figured her having one drink wasn't a big deal. They ordered their entrees and I went off to handle other tables.