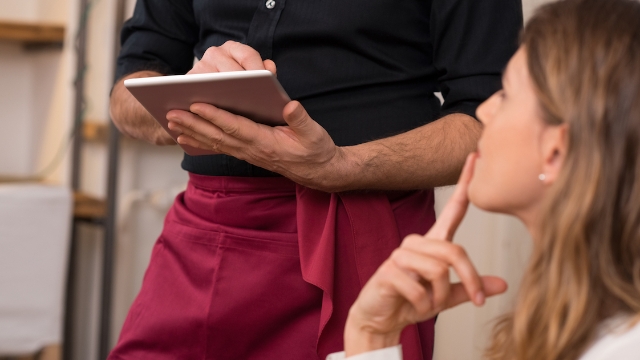 19 waiters share the most ridiculous order a customer ever placed.

People who work in the food service industry get an up-close look at the bizarre and particular demands many people have as far as what they eat and how it's prepared and served. Menus exist for a reason, but many customers choose to view them as merely suggestions. Instead of choosing from the options clearly laid out before them, they bring their own imaginations—often coupled with a raging sense of entitlement—to the table. (Can you tell I used to be a waitress?)

Someone asked waiters of Reddit: "what's the most ridiculous order someone's placed and how did you deal with it?" These 19 heroic servers share their customers' most absurd and off-the-menu orders:

I worked at a national pizza chain for a while as a manager. We used to get this guy who would order all the time. He was lactose intolerant so couldn't have cheese, and had severe heart burn when he ate red sauce. He would order an XL Supreme with no sauce and no cheese. I told the guy if i did that, the toppings would just fly all over the box but he didnt care. We ended up just baking the dough separate from the toppings and put the toppings in a small wing box on the side for him. Guy said no other pizza place would do that for him and he turned out to be a great repeat customer who always tipped well.