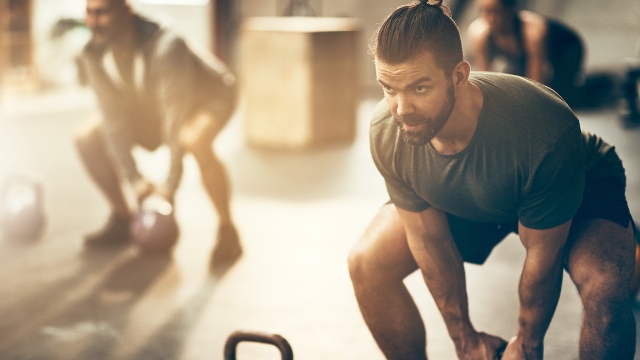 19 people share the weirdest things they have seen someone do at the gym.

There is one major reason to go to the gym, no matter how much you hate it, and that is to silently judge other people. There's no shortage of weirdos at the gym. I know because I go to the gym (humblebrag) at least 3-4 times a year—and I'm never the only weirdo there. Even if I am usually the only one audibly crying on the treadmill.

Someone asked Reddit: "what is your weirdest experience while going to the gym?" These 23 gym-goers share their stories.

Surprisingly, none of them are about me.

Lady walks in on a Saturday morning. I've never seen here there before. She was significantly overweight but had on gloves and knee braces, so I figure she's a powerlifter on a bulk. I'm warming up doing some cable internal rotations and have my headphones on, so I don't see that she sets up at the cable machine behind me. I finish my set and turn around, and I see her getting ready.

She's got a straight bar attached to the cable machine with the arm down near the ground and the bar on the floor. She half crouched/squatted in front of this thing and I'm thinking she's about to do some kind of squat, when she starts waving her hands. As in, the kind of hand waving a wizard does when he's imitating someone imitating Bob Fosse-esque jazz hands. I couldn't stop watching. She did this for at least 30 seconds before she grabs the bar to start her exercise

And when I say grab the bar, I mean pick it up with both hands, extend it until it gets resistance from the weight, and then start standing up and half squatting/crouching. She wasn't engaging any weight, she was just using the bar as something to hold in her hands as she stood up and crouched down slightly.

She did this for three "sets" and then moved to some cardio machines.

I saw her a few times after that, each time doing something equally nonsensical, and always, ALWAYS with the incantation hand motions.

I miss her and hope she found a nice coven.