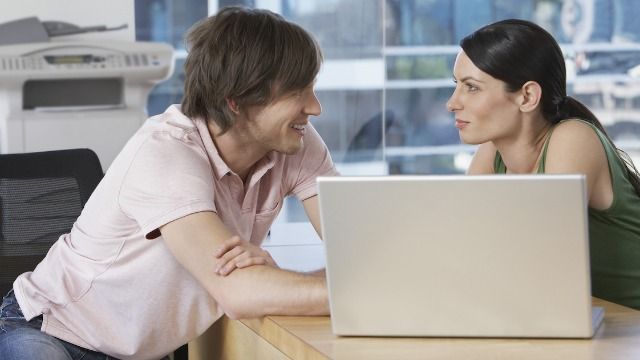 19 people who tried ‘casually hooking up’ with a co-worker share what happened.

If you've ever hooked up with a co-worker, or considered it, you're probably familiar with the saying, "don't sh*t where you eat." It's a stomach-turning analogy but the message holds true: certain very natural human behaviors can be catastrophic if they take place in the same location. This includes sex and work. But while most people know "casually" hooking up with a co-worker can end very badly, that doesn't stop a lot of people from doing it anyway.

In a popular Reddit thread, people are sharing their personal experiences with "having casual hook ups with a co worker."

These 19 people spill the dirt on what happened when they risked getting frisky with a co-worker:

Working at a large audit firm, third year. New wave of first year associates joins and instantly me and one of the new girls hit it off. We had sex a couple of times before BUT as is often the case with casual hook ups one side will catch feelings. Was me in this case and she wasn’t looking for a relationship.