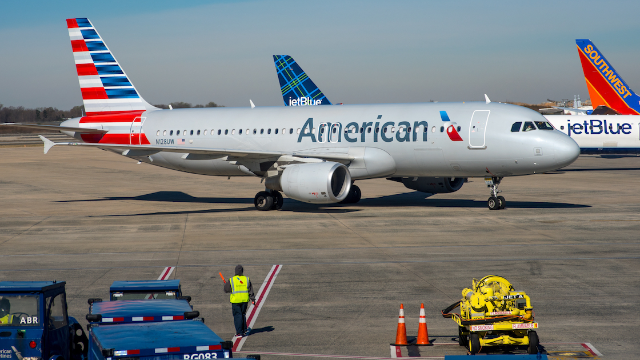 Pilot's emotional letter to passengers on his last flight might make you want to switch careers.

For a lot of people work is just that — work, something that has to be done but isn't necessarily fun. Not for American Airlines pilot Captain Jeff Rowland, though. On January 28, the day of his very last commercial flight for the company, Rowland wrote a moving letter to his passengers, thanking them for allowing him to fly them all over the world.

The cabin was decked out with streamers and balloons, according to reporter Sam Farmer of the LA Times, who just happened to be on the flight. Farmer also revealed that the pilot's family was sitting in first class for his final run.

Captain on my LAX-DFW flight this morning was piloting the last leg of his 33-year career. His family was in first class, and inside of the plane was festooned with streamers & balloons.
In Dallas, we were greeted by a celebratory arch of water cannons on the tarmac. Touching. pic.twitter.com/qIsnzonO9B