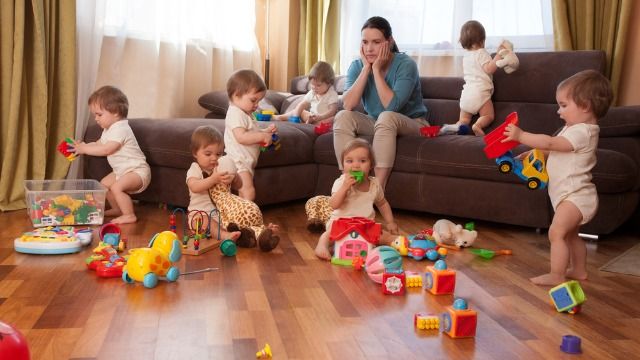 Woman asks if she was wrong to refuse entitled neighbor's demands for her 7 kids.

If you're taking public transit its common courtesy to give up your seat to a parent with their child, or if a person is pregnant. However, one Reddit user sparks debate on a popular Reddit thread in the Am I the A**hole Subreddit, where they ask if it's wrong to not accommodate someone with 7 kids?

AITA for not taking the next elevator when a mom with 7 children demanded it of me?

A very Catholic neighbor so it seems.

A neighbor of mine has seven children and they are all under the age of 9. I have seen her many times, and she always demands people take the next elevator because “she has kids who need to get home.” She has physically shoved her and her children into the elevators and forced people out, including my elderly father.

Kids on a bus are the worst.

I was on my way home from work - I take public transit - and she was on the bus with all her kids. They were screaming and running up and down the aisle; basically making such a scene that the driver asked her to have the kids sit down before they get hurt.

Sure enough, one of the kids was spinning around one of the poles and bumped her head as we were going over the train tracks near my place and started screaming. She looked like she was physically okay, no blood, not even a red mark, but she screeched the rest of the ride to the building.