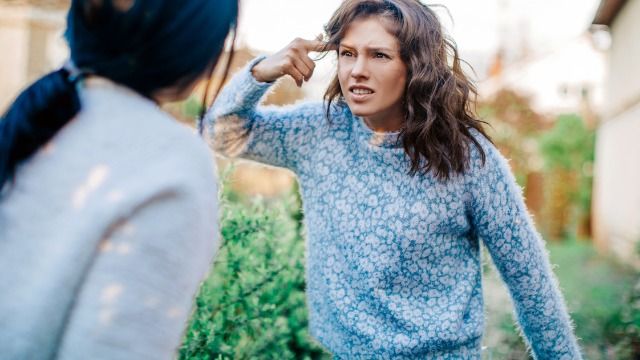 Woman asks if she was wrong to tell friend she should've 'thought' before having kids.

The decision of whether or not to have children is a deeply personal one, but many proudly child-free people fight it hard to resist saying "I told you so" when their friends who are parents start complaining...

So, when a conflicted woman decided to consult the moral compass of the internet otherwise known as Reddit's "am I the As*hole" about her friend who has kids, people were quick to help deem a verdict.

AITA (Am I the As*hole) for telling my friend she should’ve thought before having kids if she wanted more freedom?

My friend, Isla (26F) and I (26F) have known each other since middle school. We applied to the same college and got in. However, Isla got pregnant after a few months and decided to drop out.

She’s had 3 more accidental pregnancies and is now a stay-at-home mother of 4. I was telling her the other day that I’m going traveling to Europe and if all goes well, I will be moving there.

She got really annoyed with me and told me that it must be nice to have all the freedom and no responsibilities (like hello, I work, I’m doing my PhD, it’s not like I’m just sitting on my a*s) because I don’t have kids.