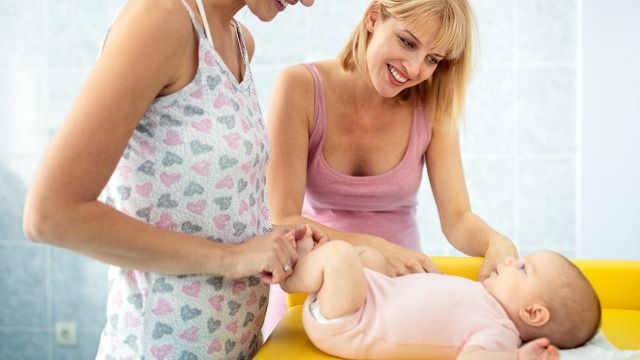 "What's in a name?" said Shakespeare. "Your kid's name is f**king stupid," said the internet. Names have always been a point of cultural fascination — but now that we have Reddit, we get stories of baby name drama on our phones rather than theater in the round. On Reddit's Am I the Asshole, a sister asked:

AITA for telling my sister her baby's name is f**king stupid?

I (21F) found out not too long ago that my sister, Bea (36F) is pregnant after a long struggle with infertility and I'm pumped and can't wait to be an aunt.

Last week was the gender reveal party where my Bea broke down crying after cutting the cake and seeing it was pink inside.

Her and her husband are thrilled because they apparently wanted a girl. She said right then that the baby would be named Mary.

For reference, Bea is a "born again" Christian. She found Jesus during her third time in rehab. She'll go on and on to anyone who'll listen about how she had "visions" of the Virgin Mary by her bedside telling her she would get better, that the pain was temporary and how she would do great things after recovering.