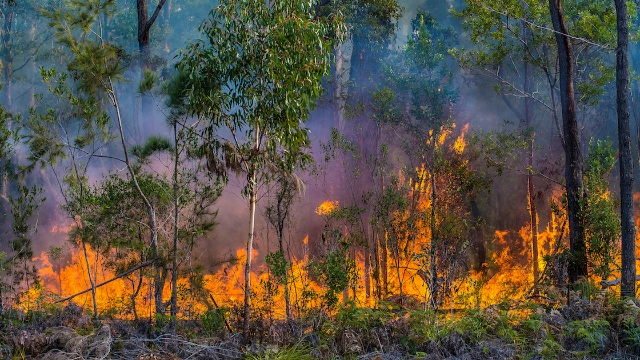 There are still people denying climate change exists, even as the world literally goes up in flames. A recent exchange on Twitter dot com highlights the insanity of people who are continuing to argue with scientific facts proving that climate change both exists and played a huge role in the fires that are currently ravaging Australia.

Professor Katharine Hayhoe is a Climate scientist and the director of the Texas Tech University Climate Science Center who recently tweeted her response to people claiming that the Australian fires were caused by "arson."

#AustralianWildFires climate denial claims, "it's arson! it's been warmer before! fire's natural!" The truth? Human-induced climate change is a threat multiplier. It takes existing risks + amplifies them beyond imagining, affecting every living thing on this planet: including us.

Climate scientist Kate Marvel shared the tweet along with her own response to the "it's arson!" argument.

The number of people yelling "it's arson!" at me like that somehow changes the molecular structure of carbon dioxide is truly wild https://t.co/OpWyckyxvM