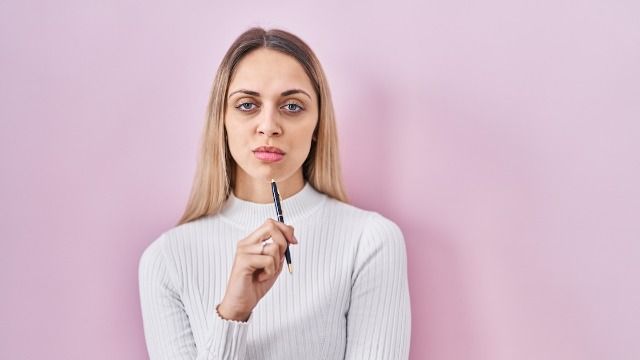 Woman asks if she's wrong to keep house in her name over fiancé's stupid prank.

Pranks: harmless fun or grounds for divorce? Pranks are subject to the basic rule of comedy: timing is everything.

When an engaged couple was in the middle of life-changing decisions and official paperwork, an ill-timed but kind of elaborate prank changed the trajectory of their financial future. The prankee took to Reddit to ask if she overreacted, or if she was actually justified in doling out punishment. Here is her story... and be sure to read the comments after!

"AITA for refusing to put my fiance on the house title after he kept handing me empty pens as a prank?"

I F, 34 have been with my fiancé M, 37 for 3 years. Getting married before the end of this year and recently moved in the house that I inherited from my mom. The house is in my name and it took a lot of talking and convincing from him to have his name on the title as well.

Now honestly part of me doesn't think this is a good idea, at least not right now... maybe after marriage? But anyway, I've decided to go ahead and put his name on the title so he could go ahead and start contributing towards mortgage more and light my burden a little bit. We've made appointments, decided on which form of ownership we were basing this on.