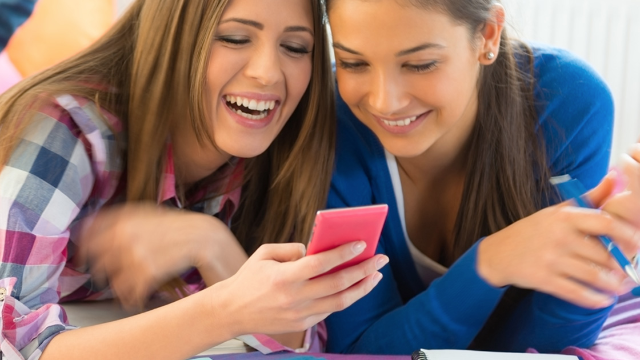 British people just learned the most basic fact of American dorm life and they're disgusted.

The good people of Britain have somehow just discovered a disturbing fact about America: that freshmen at colleges and universities around the country always share their dorm room with another student.

This simple fact, so basic that high school seniors scheme to find the perfect college roommate months in advance without a thought spared for living alone, has blown their dignified British minds.

Example two is this massively viral insult to injury:

Wow. Thanks Britain. Your "totally useless fact" is my get-to-know you game while we unpack belongings in a 5 by 10 foot cell and start the awkward conversation about when you can have significant other visits.

I, on the other hand, am just learning that British freshmen ("first years"? help me out here) don't have to share living space, and I am utterly aghast.

I shared a room for three years! It's a way for privileged 18 year olds to have to learn how to live with people and not be a dick about it.

From the same British article on this subject: "In fact, kids over in Great Britain have a real cushy deal, only sharing a communal kitchen and some times getting their own bathrooms."

Their own bathrooms?! Oh, is seeing a member of the opposite sex go have a bowel movement while you shut the flimsy shower curtain and take off your bathing suit not royal enough?

The British writer adds insult to injury, tacking on the phrase, "Because, you know, we're human beings."

Wow. You bastards. I haven't felt this strongly about the Revolutionary War since The Patriot. I'm kidding, I've never seen The Patriot. But the point stands.

Here are more entitled Englishmen giving their thoughts on the matter, and a few indignant Americans doing their best to wave the flag of freedom:

Sometimes, dependent on the school, there are 4 people to a room. #BedBunksGalore

I shared a room in my first year - it was pretty common at Durham.

Naturally, this isn't the first time people in Europe "just discovered" the horrors of the roommate system. The internet is an endless cycle. So if you want to read more terrified reactions, head over to this Ask Reddit thread from a few years ago:

"In Europe, student housing means having your own bedroom. Why does America tend to have a roommate system? And if you've experienced one system, would you rather switch to the other?"

Yeah, we'd rather switch. You dicks.