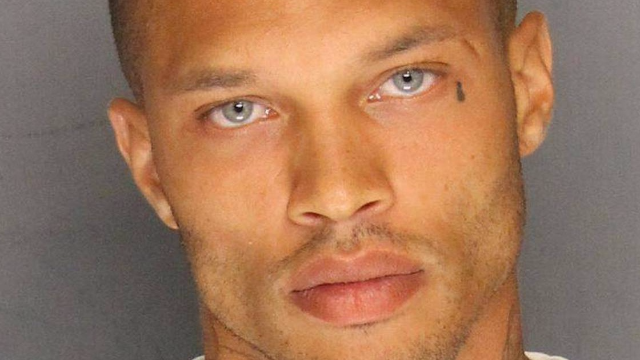 'Hot Mugshot Guy's wife shares the 'humiliating' way she found out he was cheating on her.

Earlier this month, Jeremy Meeks, better known around the internet as "Hot Mugshot Guy," was spotted kissing a woman on a yacht in Turkey, despite being married. Now, his wife says she's filing for divorce.

Melissa Meeks told The Daily Mail that she believed her husband was on a work trip, and was "humiliated" when photos of him kissing Topshop heiress Chloe Green surfaced online.

Melissa said she learned that her husband was cheating on her when a stranger sent her a message on Instagram.

"I went into shock," she told The Daily Mail. "I felt nauseated. It was like a bomb had gone off and my whole world had been blown apart. I had never heard of Chloe Green. I thought Jeremy was working."

Melissa said she immediately tried to get a hold of Jeremy, but couldn't reach him. He later told her his phone wasn't working overseas, even though he was able to post pictures from his trip to Instagram.