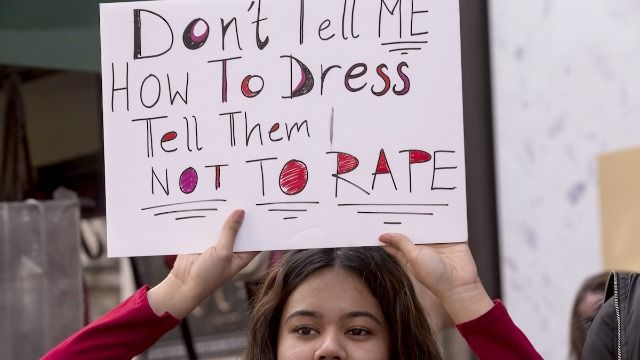 School dress codes are highly-controversial and can cause a lot of problems for students, usually female students. But beyond being a major annoyance, they perpetuate sinister, and damaging, ideas about female sexuality.

The logic behind dress codes—that girls need to cover up their bodies or they could "distract" their male peers and teachers— sends a harmful "victim blaming" message to little girls, and perpetuates misogyny and "rape culture," according to a TikTok user whose powerful video on the subject went viral.

The TikToker, named Chan, started her video as a response to a video asking: "whats something thats actually incredibly misogynistic but everyone ignores (& pretends like its normal)?"