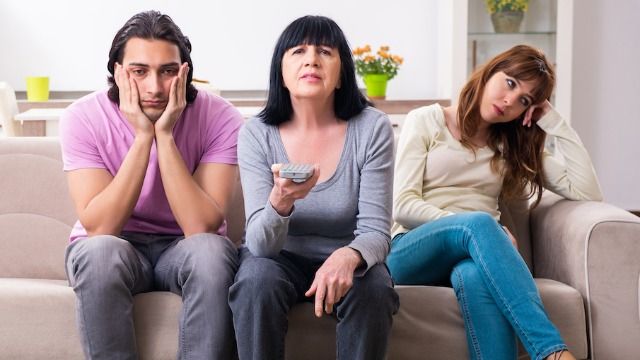 Marriages are usually between two people, but sometimes a clingy mother-in-law makes 3.

That's the exact situation Reddit user u/Furbabiesbunluv found herself in. After only three years of marriage, her MIL has moved in with her and her husband. Her mama's boy hubby loves it, but this wife is tired of having a third person in her marriage.

Now, she's asking the internet, "AITA (Am I The A**hole) for threatening to kick my mother-in-law out of my house if she refuses to pay rent?"

Me, (27f) married my husband at 24. We dated for 9 months before we decided to get married, after knowing each other for almost 4 years. I became close to my husband's family early on, but I never would hang out with them if my husband wasn’t there.

My husband and I decided to move, about an hour away from his parent's house. The apartment we were looking at, was a beautiful 1 bedroom apartment, but it was large and I was in love with it. My husband was also seriously considering choosing said apartment, and rent would be close to $1700 a month.